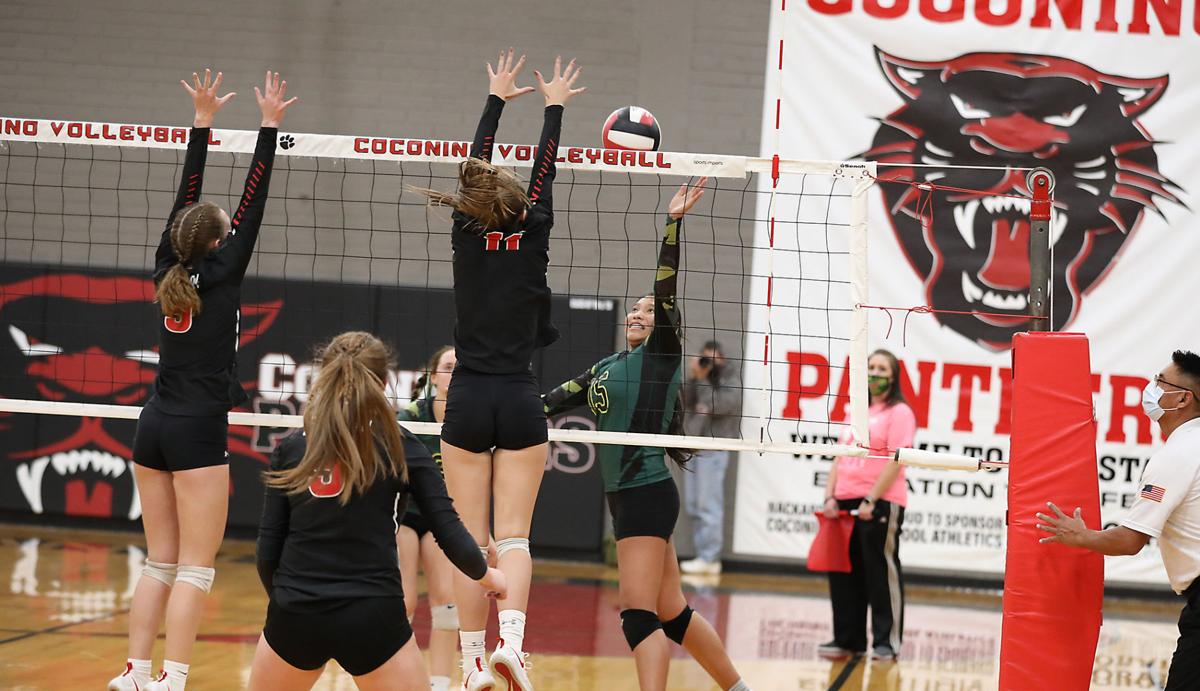 Flagstaff’s Gracelyn Nez (15) sends the ball back over the net during a match against Coconino Wednesday night at Coconino High School. 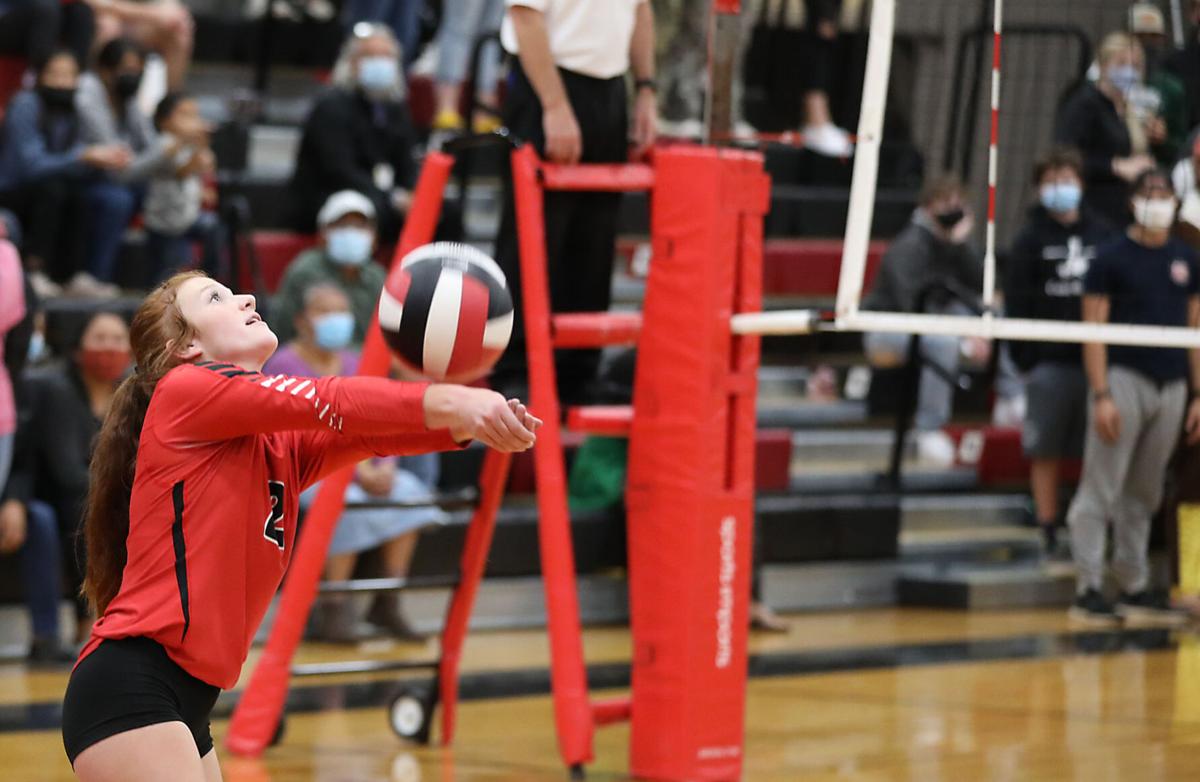 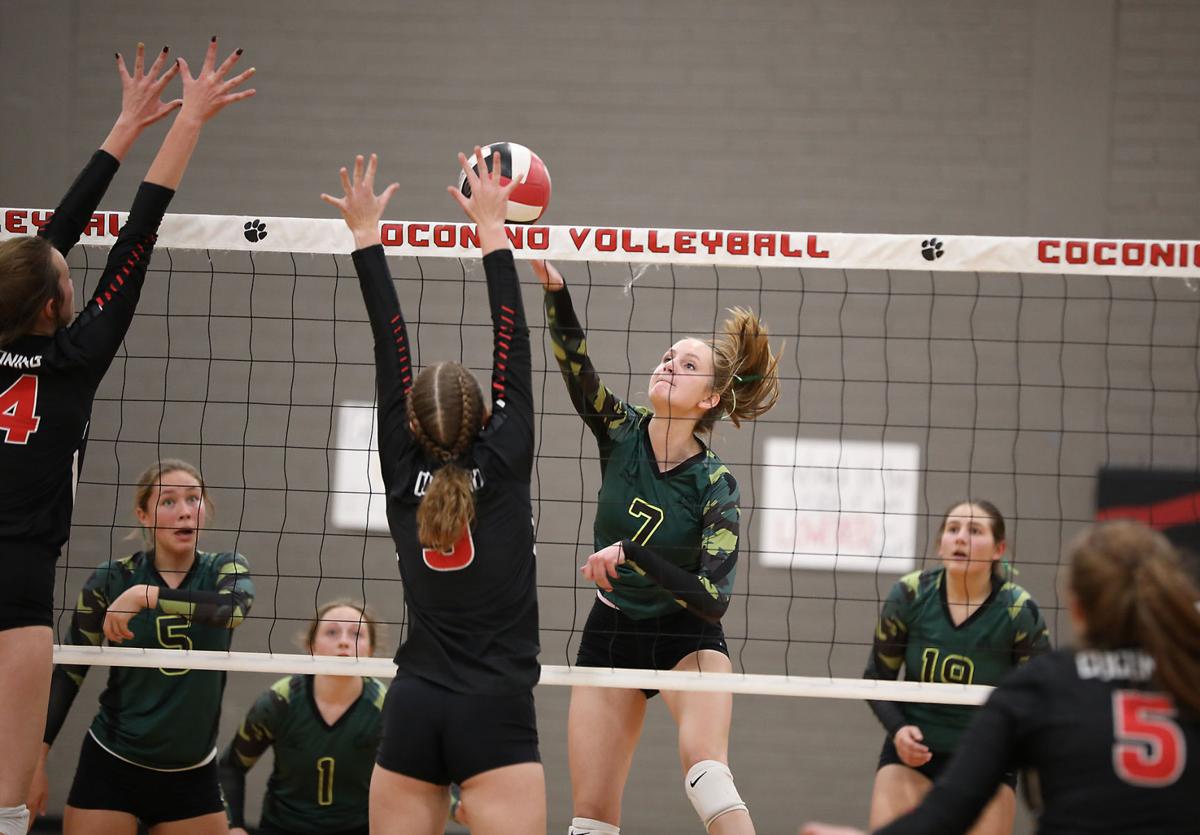 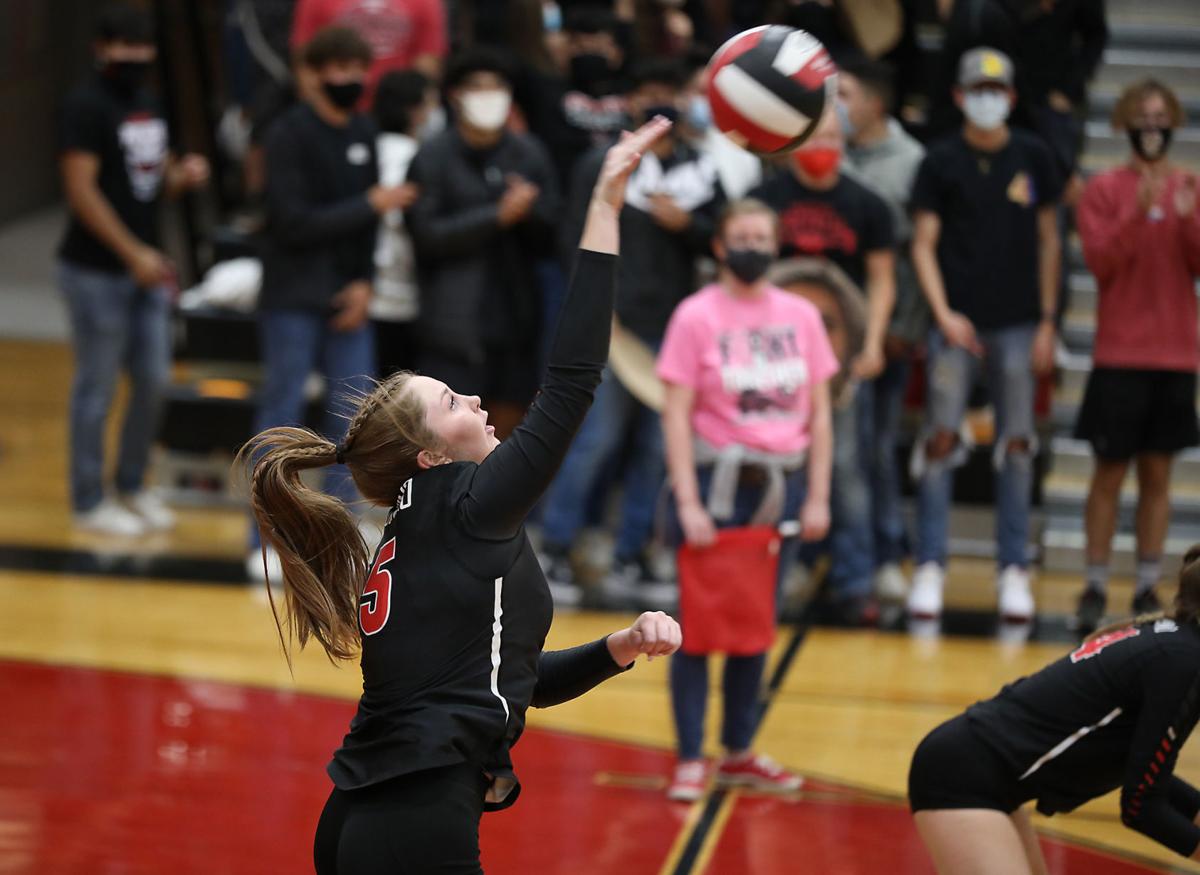 Coconino’s Brooke Parker (5) takes a swing at the ball during her team’s home match against Flagstaff Wednesday. 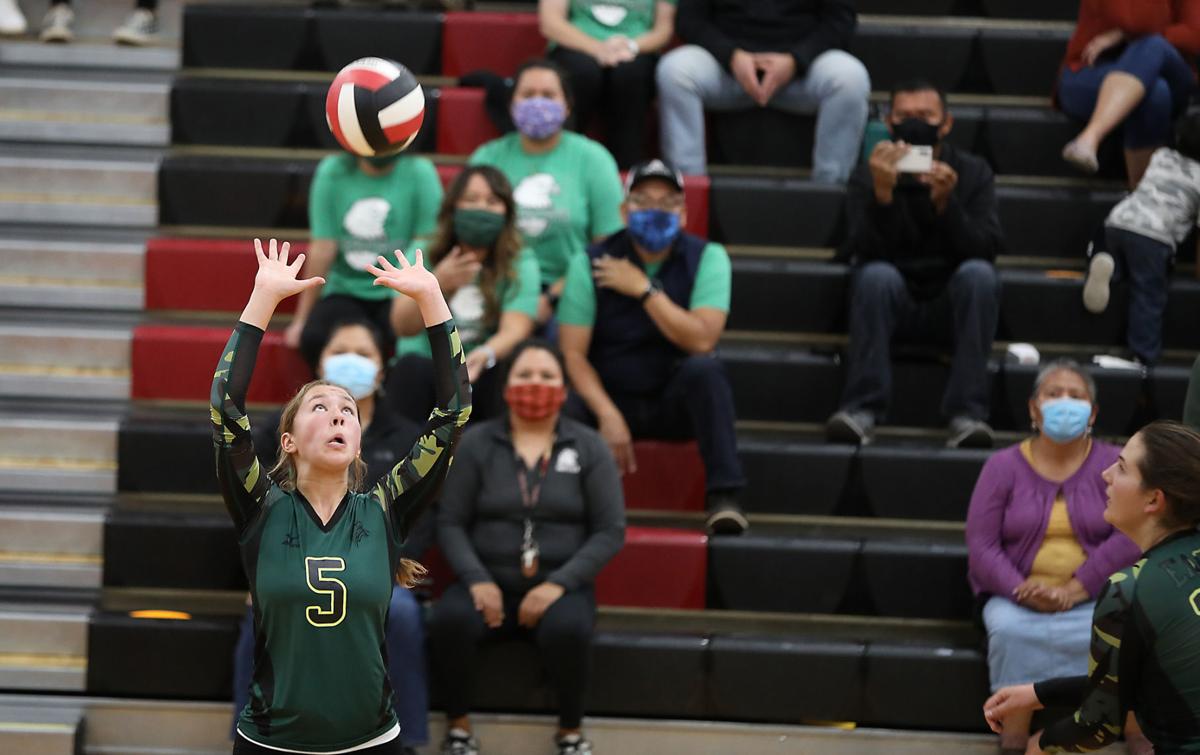 No. 10 Flagstaff and No. 12 Coconino came into Wednesday’s crosstown volleyball match on a collision course at the top of the 4A Grand Canyon Region standings.

Each team has had their own adversity during the weird and winding season, with COVID-19 pauses for Coconino and injuries for Flagstaff, but each were still the teams to beat in the region.

After the Panthers swept the Eagles in dominant fashion at the War Memorial Gymnasium in the first crosstown match of 2020, there was of course some extra emotion this time around. And this time, the Eagles got the better of the Panthers in their home gym.

“The hard thing about Coconino is it’s such an emotional match,” Eagles head coach Beth Haglin said. “I feel like we played consistent — we made our share of mistakes — and our defense was working hard. We were digging lots of balls and so were they. I just feel like it was a well-fought match.”

Flagstaff now sits at 11-3 overall and 10-2 in the region, clinching the region title with the win. Coconino drops to 7-3, all matches coming against region squads.

The host nearly pulled off the insanely rare season sweep over the Eagles, but came up just shy after Flagstaff led nearly wire-to-wire in the deciding fifth set.

Memorial grows for Flagstaff boy whose dad and mom, grandmother have been jailed in dying – 12information.com KPNX

Detainee Being Transferred From Web page To Flagstaff, Dies – lakepowelllife