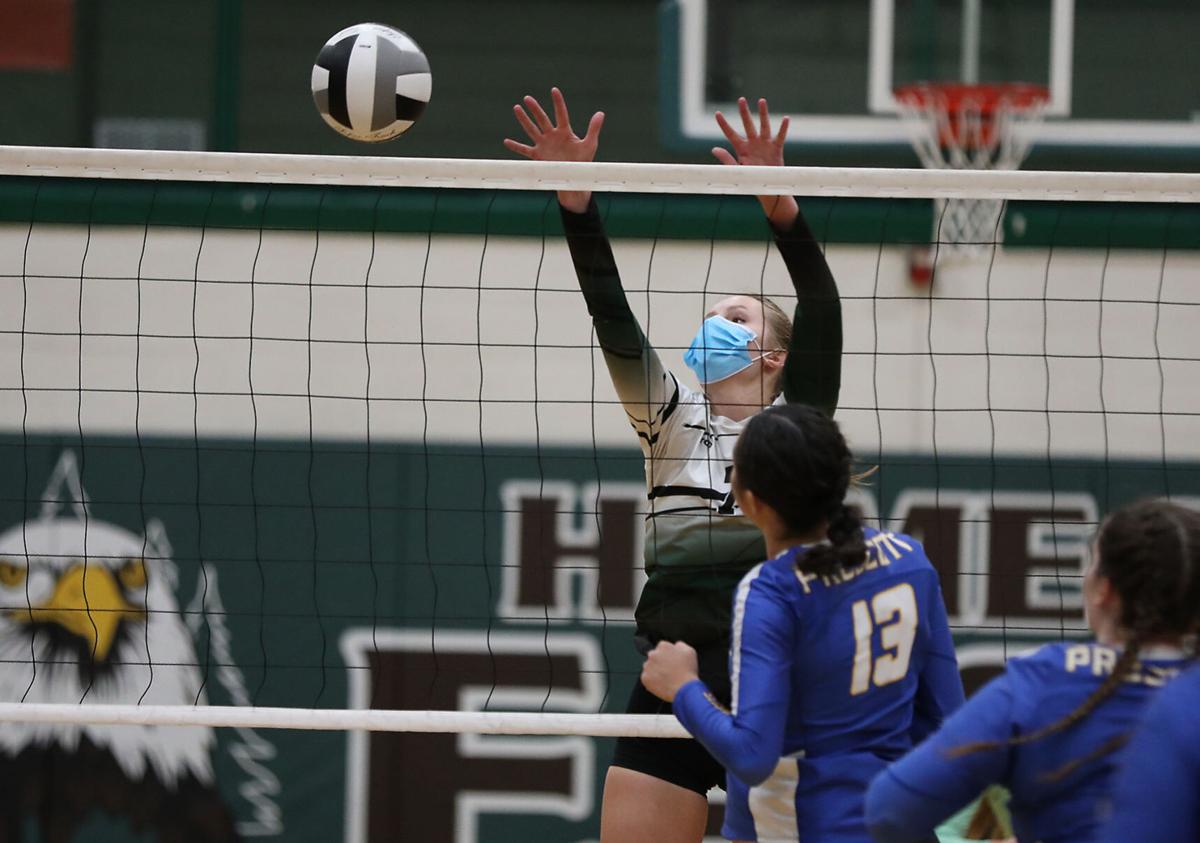 Flagstaff’s Lauren Hagerman (7) attempts to block an attack during the home opener Tuesday night against Prescott in the War Memorial Gymnasium.

The Flagstaff High School volleyball team got its season started on the right foot with a 3-1 win over Prescott at home Tuesday night.

Eagles outside hitter Gracelyn Nez lead her team to their first victory of the year in the delayed season opener, dominating with 25 kills, 28 digs and three aces. Flagstaff took the win over Grand Canyon Region foe Prescott 25-20, 25-21, 14-25, 25-15.

Nez got off to a slow start, but that was no cause for concern for Flagstaff. Senior Alyssa Prager dominated the first set, leading Flagstaff to a 25-20 win as she recorded six kills and a block in the opening game.

“The team just made a point of saying how loud and encouraging (Prager) was,” Eagles head coach Beth Haglin said. “And then up top of it, her servicing was doing great, her hitting, she was finding the seams and finding the high hands. She’s doing a great job.”

Her great night didn’t end there, as Prager ended the match with 11 kills.

Prescott kept the second set close, up until back-to-back aces from Bridget Bond turned the tables and gave the Eagles a boost of momentum. The Eagles went ahead two games with the 25-21 win.

Flagstaff showed a lot of aggression during their services and were often rewarded for it.

“We try to serve tough, and it causes a lot of mistakes because you’re trying to serve the ball tough and not let them get an easy pass,” Haglin said. “The serve is so important to keep the other team on their heels and not be able to come with an easy hit.”