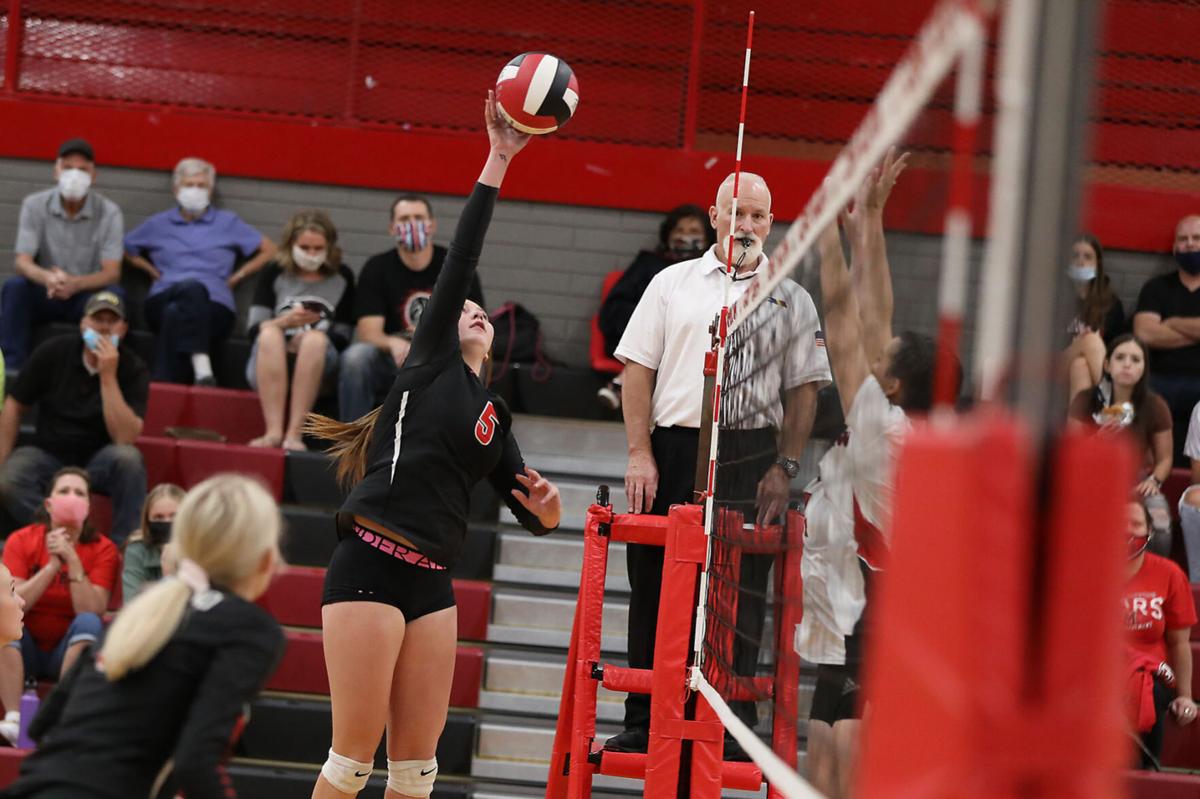 Flagstaff Eagles star outside hitter Gracelyn Nez landed on the 4A All-Conference First Team after the junior helped lead the program to the state tournament semifinals, where they lost to eventual champion Salpointe Catholic on the road.

Flagstaff ended the season with yet another 4A Grand Canyon Region crown, going 14-4 overall — counting the three postseason matches — and 10-2 in the region with losses to Prescott and Coconino.

Coconino’s do-it-all senior Brooke Parker, who signed her national letter of intent to play at Yavapai College and earned Grand Canyon Region Player of the Year honors a few weeks ago, landed on the 4A All-Conference Second Team.

The Panthers, who had to alter their season due to a COVID-19 exposure, ended second in the region at 8-3 en route to its second straight play-in match appearance. The Panthers won the play-in, then lost to Flagstaff in the first round of the state tourney, 3-0.

Get local news delivered to your inbox!

Letter to the Editor: The Joys of Returning to Flagstaff – Arizona Every day Solar.