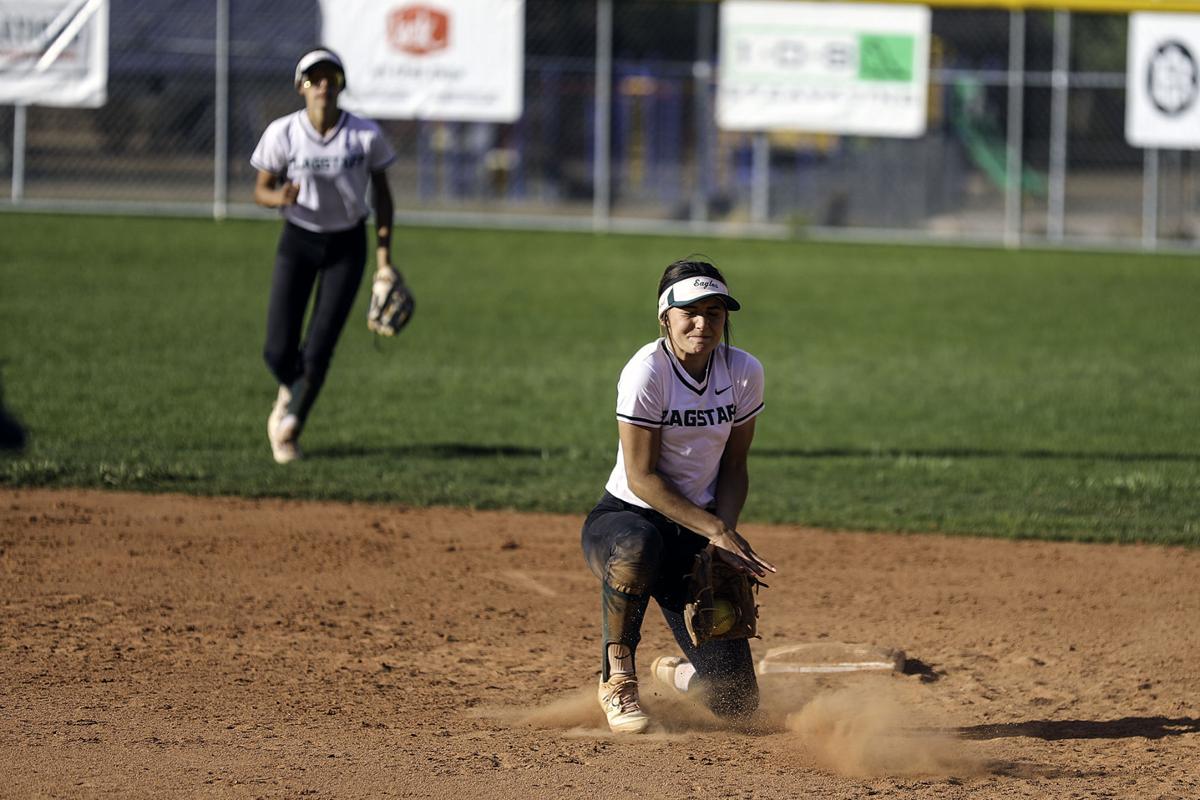 Flagstaff’s Andi Elliott braces for her catch during her team’s home game against the Prescott Badgers Friday afternoon. 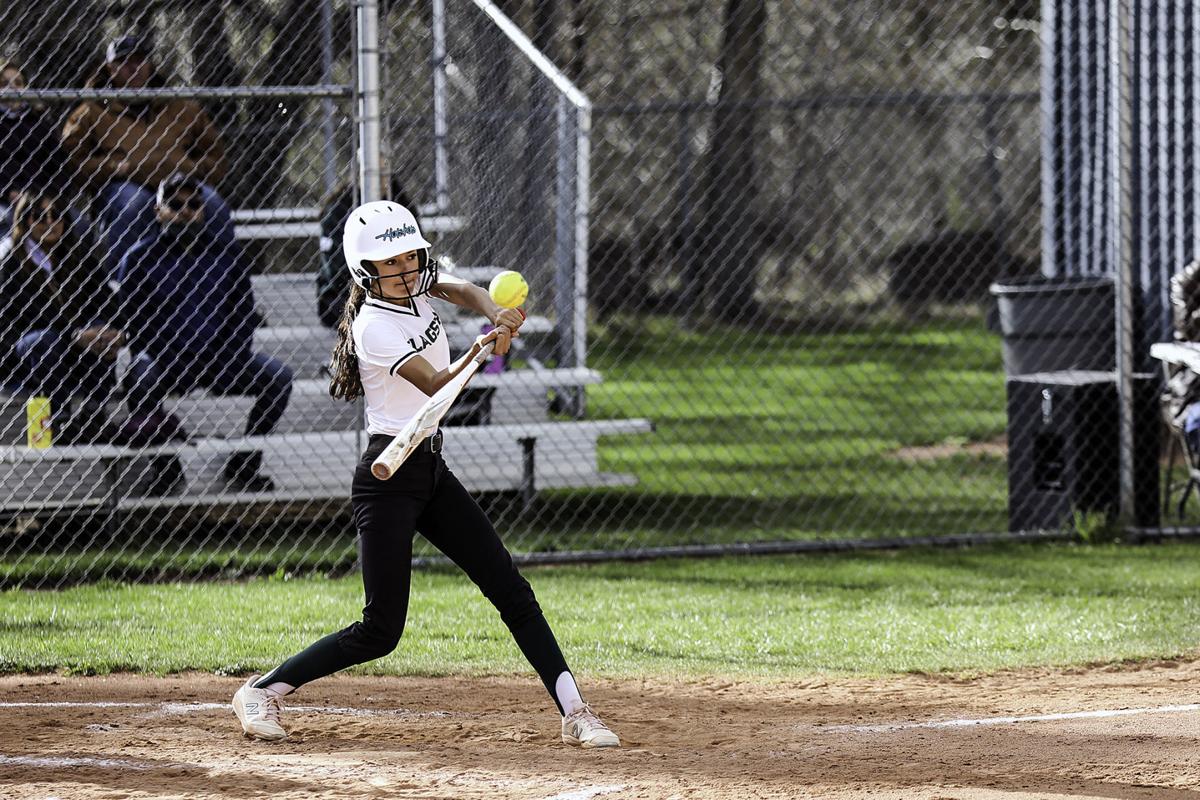 Flagstaff’s Reese Elliott keeps her eyes on the ball during a game against Prescott at Flagstaff High School Friday. 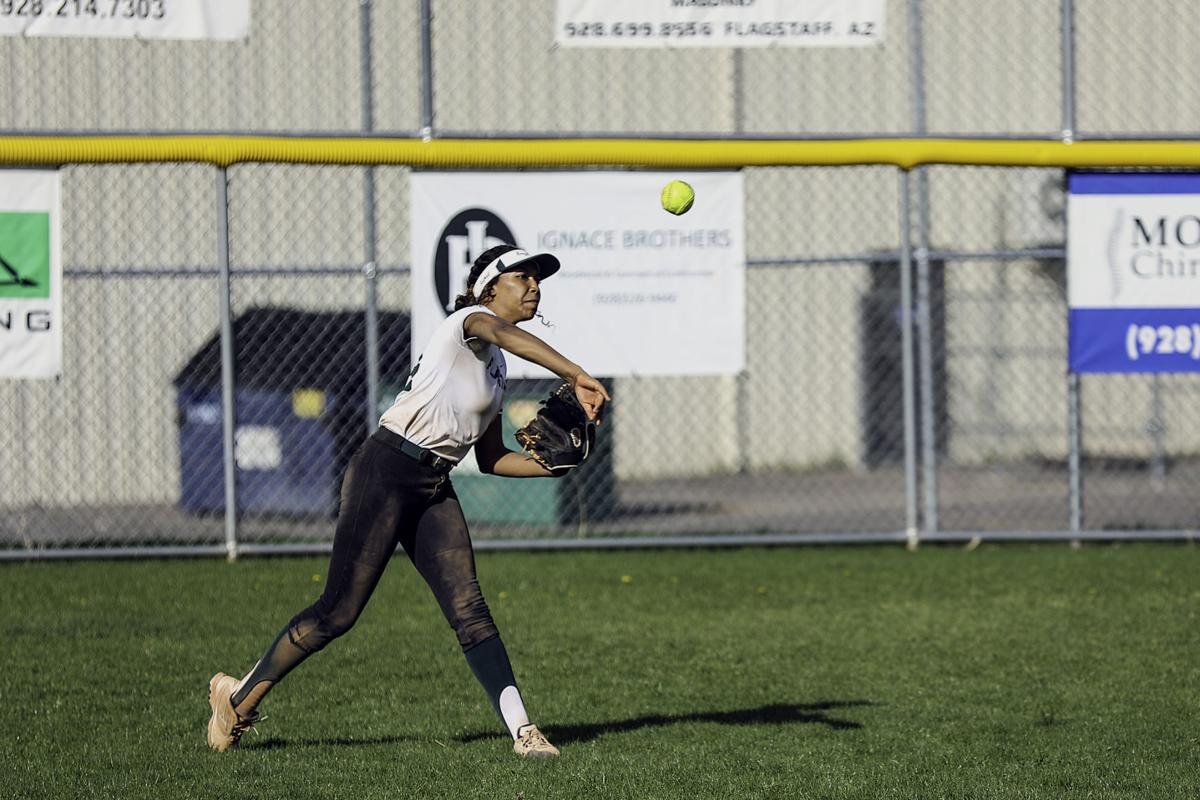 Cheyniya Thompson of the Flagstaff Eagles throws in the ball during a home game against the Prescott Badgers Friday afternoon. 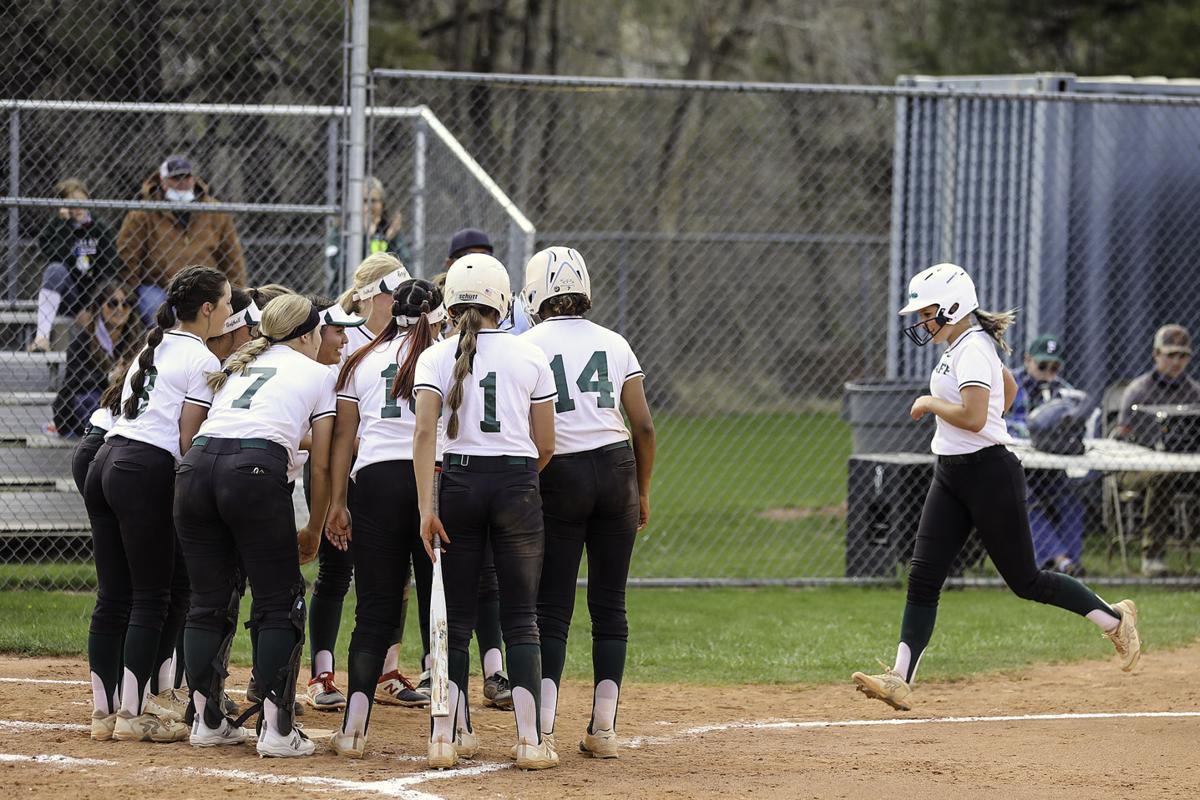 Flagstaff’s Gracie Schmitz heads home and waiting teammates after hitting a home run during a game at Flagstaff High School Friday against Prescott. 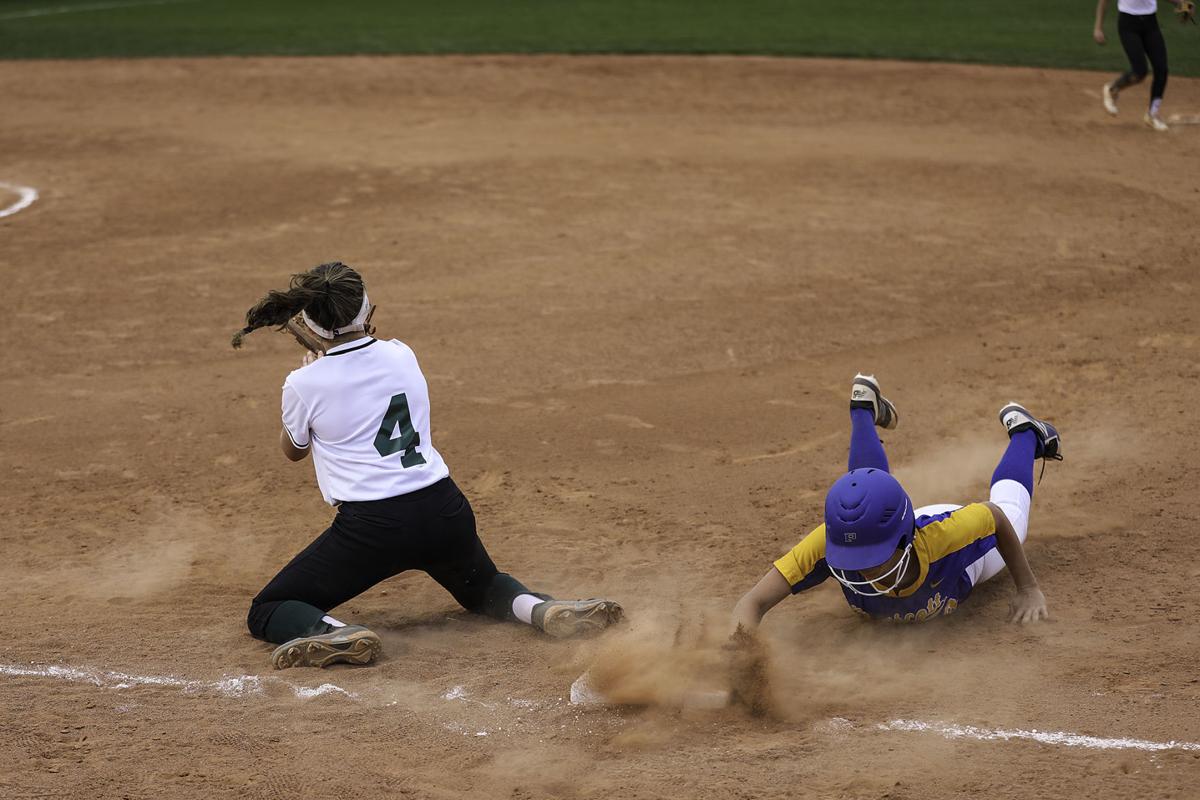 Eagles sophomore pitcher Gracie Schmitz got plenty of run support for a nice, comfortable outing and Flagstaff toppled the Prescott Badgers in five innings Friday at home, 14-1, winning its sixth straight game and sweeping the visitors for the regular season in the process.

Schmitz threw a complete game in the mercy-rule victory, recording four strikeouts, two walks and one earned run across six hits, while No. 5-ranked Flagstaff tallied its fifth double-digit victory of the current win streak. She also contributed two RBIs, hit a home run and was 2 for 3 at the plate.

Lily Anderson blasted two homers for the 4A Conference Eagles, who handed the seventh-ranked Badgers their first loss of the season Wednesday in Prescott, 8-5, before really flexing their muscles for the hometown crowd. Gianna Baca connected on two doubles in the victory and finished 3 for 4 with two runs scored and an RBI.

Anderson, a senior, touched all bases on one hit for the sixth time this season with the powerful day and ended up with a new season-high single-game RBI count at five.

Flagstaff (10-2, 6-2 Grand Canyon Region) has now scored 84 combined runs during the current win streak while allowing just 12. Prescott (10-2, 4-2 Grand Canyon), meanwhile, was limited to one run for the first time this year.

Andi Elliott, Olivia Lanssens, Lianna Albert and Cheyniya Thompson all contributed at least one RBI for the Eagles, who opened the game with 11 runs scored in the home frame, and Flagstaff’s defense committed only one error.